Keep the chic, give me the shabby

The youngest twin’s favorite show right now is Fixer Upper. She’s a spunky eight-year-old with lots to say, so it’s fun to watch her excitement as the show progresses from shabby to chic in a magical 45 minutes. It’s also humbling.
“Wow, that’s a great house! I’d LOOOOOVE to live in that house. I mean, just look at that, that’s awesome!"

That would be the before house she’s getting excited about. You see, we have a very modest 800-or-so square foot house that’s always under construction. Dad is a brick mason who brings his work and his dreams home with him. 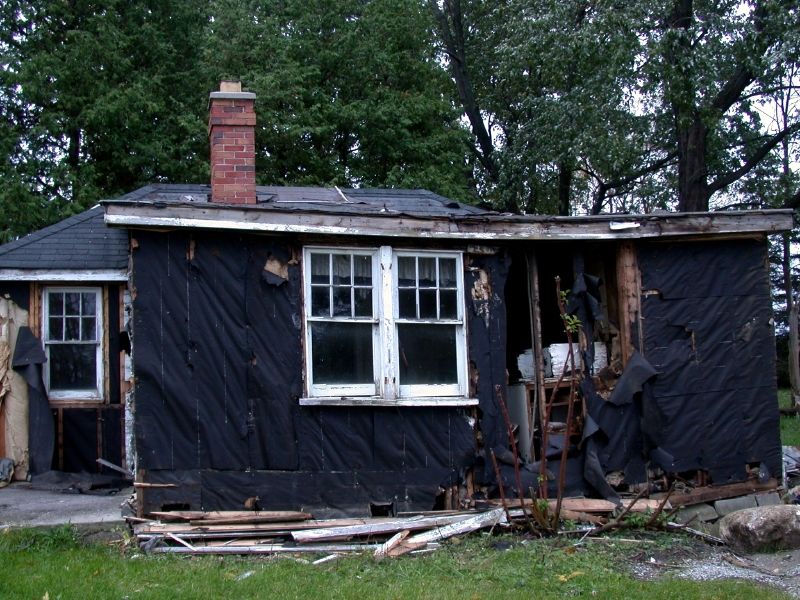 There’s always a bit of trim not put up yet, a window that needs replacing, primer on the wall that needs paint, or a doorway cut out but not dry-walled yet. He works 10–12 hour days and spends a long weekend once every few months working to make our tiny house a little more comfortable for our family of five.
“Aw, cool, it looks just like our house!"
Now she’s talking about demo day. I used to be bothered by the mess, and I still get a little frustrated sometimes when I have to shuffle tile and tools to the side to make a sandwich when the kitchen is his current project. And sometimes I day dream about having the money to pay an extra hand to come in a knock it all out in a day or two, but when I look at this little girl flipping out because “oh my gosh, Mom, they have TWO bathrooms" I know there’s something bigger happening in her world.
This kid is learning to be happy with small things and she doesn’t even know it. Without any serious training on our part, she’ll grow up feeling like a home with two bathrooms is a luxury. Paint on every wall with crown molding, consistent flooring from one room to the next, and a counter top that doesn’t scoot when you lean on it, that’s a real prize.
“Woah, I can’t believe that’s the same house! It’s so fancy."
She’s the same way with toys and books too. Brand new is nice, but there’s something about the dusty stuff. When it’s a little older, it’s usually better quality, built stronger, easier to use, and to love.
I hope she’ll grow up to treat people this way too, not preferring the pretty and the perfect, but appreciating those who need a bit of remodeling just like us. I imagine her someday, getting married and buying her first home, and she’ll choose the fixer-upper, because it feels like home.